2019 International WorkBoat Show. This week, our very own Leo Bye and Josh Vaughn attended the annual International Workboat Show in New Orleans, Louisiana. The International WorkBoat Show is the largest commercial marine trade show in North America. It is a trade-only conference and expo for commercial vessel owners, operators, and builders as well as the vendors and suppliers that serve them. The show provides a chance for attendees to discover new products, network, and learn about the ever-changing issues affecting the industry. Attendees include engineers, architects, equipment manufacturers, distributors, shipyard and port authorities, government officials, military officials, and many more from the industry. The show is packed with many different programs and speakers throughout its three days as well as exhibitors, like Archway Marine Lighting, who are there to connect to the industry directly by offering demonstrations and answering any questions they may have. 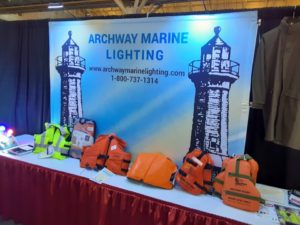 Leo and Josh proudly represented Archway Marine Lighting at our booth that featured products from Marine Sports Lighting, Helly Hansen, and many more manufacturers. Over the next few days, Leo and Josh met a lot of very nice and interesting people in the industry who were excited about what Archway has to offer. This also provided a chance for the two of them to hear directly from their customers and hear more of what they would like us to add to our extensive line of inland marine supplies. It is these sorts of interactions that make these shows so valuable for us because we value what the customer has to say and want to make sure all their needs are being met. As an added incentive, we held a drawing for a Pelican cooler and one lucky individual who stopped by was fortunate enough to win this stellar prize! 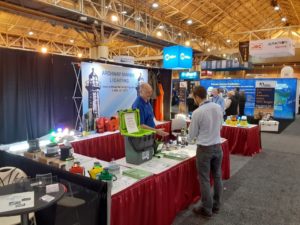 Finding themselves in a city rich in culture and delicious cuisine, Leo and Josh made sure to try the local fare. After receiving a tip from a fellow show attendee, they made their way to Mother’s Restaurant, the supposed home of the world’s best-baked ham. Leo tried their famous baked ham with red beans and rice, cabbage and grits, and Josh tried his luck with their equally famous Ferdi sandwich with fries. Both were really happy with their meals and want to come back again during next year’s WorkBoat Show. 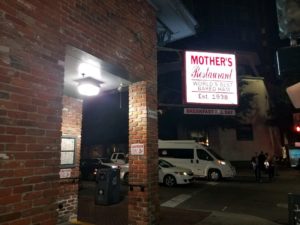 During their time in the historic city, Leo and Josh explored the Big Easy’s waterfront. There they saw fishing boats, trawlers, and even a steamboat! They even got a chance to hear some classic New Orleans jazz being played nearby. All in all, Leo and Josh had a great time at the WorkBoat Show in New Orleans representing Archway Marine Lighting. They caught up with a lot of old friends from the inland marine industry and made many new ones too.  They cannot wait to go back next year! 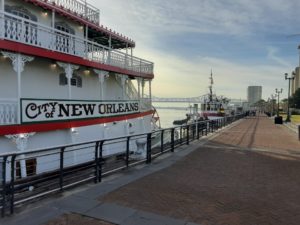