We couldn’t create a series about waterways around the world without exploring the Grand Canal in China. The Beijing-Hangzhou Grand Canal is the oldest and longest man-made canal in the world to date. It begins in Beijing, China, and stretches 1,115 miles to the southern city of Hangzhou. It links 5 rivers and snakes across 5 different provinces.

The Grand Canal was built in 468 BC, with the oldest section located between the Yangtze River and the Jiangsu province. This canal system was expanded in 221 BC and again under the Sui Dynasty beginning in 581 to assert more control over the bustling Yangtze delta. Emperor Yang, who was in control at the time, ordered the building of four new adjacent canals to supplement the Grand Canal. Under his watch, over 3.1 million workers (who were slaves and criminals) contributed to the projects, 2.5 million of whom died during that time.

The canal was further expanded during the Yuan Dynasty (1271-1368) to link North and South China. This created an additional 47 miles of waterway, and the project took a total of 10 years and 5 million workers. This helped increase the volume of grain that could be transported to the capital of the Yuan Dynasty — Beijing. The Grand Canal continued to be in regular use to facilitate inland waterway transport until the 19th century. 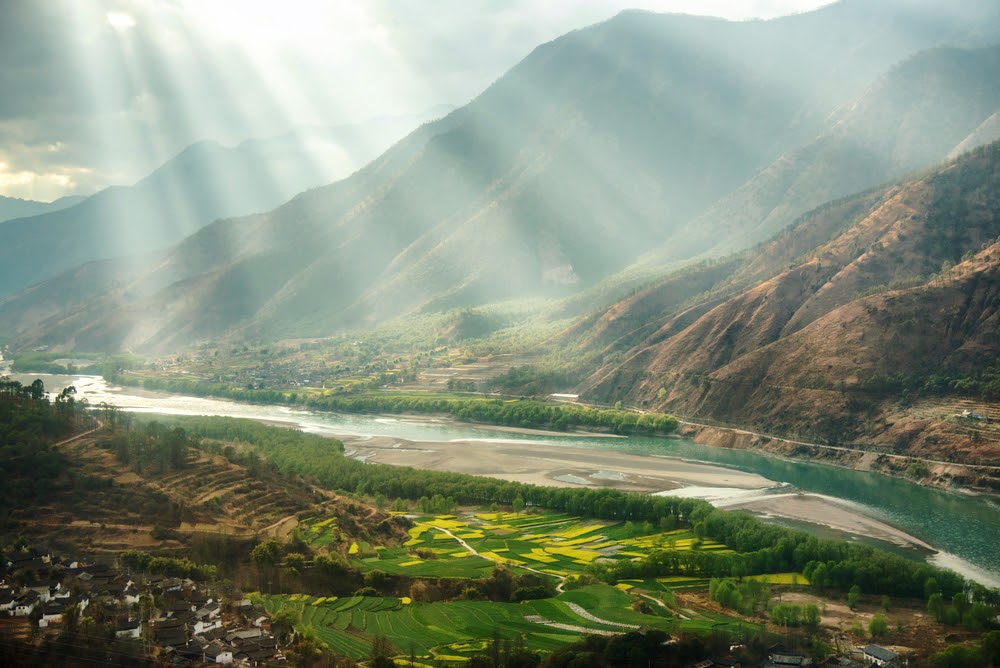 It was after a series of floods and some political unrest that the canal began to fall into disrepair:

“After the Taiping Rebellion (1850–64) and the Nian Rebellion (1853–68), the use of the canal as the major supply line to Beijing was abandoned, and the canal gradually fell into disrepair in its northern sections. After 1934 the Chinese government carried out extensive works on the canal between Huaiyin and the Yangtze; ship locks were constructed to allow medium-sized steamers to use this section, which was dredged and largely rebuilt.”

Beginning in 1934 through 1958, the Chinese government worked hard to fortify and enlarge the canal system to allow for higher volumes of larger barge traffic. The system also works to divert water from the Yangtze river and help mitigate the risk of flooding

The land along the Grand Canal is richly agrarian and boasts highly active transportation and logistics sectors. Coal mines are located along all of the major rivers that connect at the canal, and the industrial cities along these rivers are also booming tourist attractions. From ancient relics to natural wonders, and even the Great Wall in Beijing, the geography adjacent to the Grand Canal is rich with towns that cater to tourists with all tastes and interests. 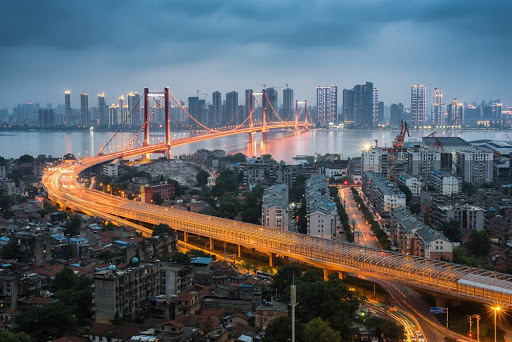 The longevity and ongoing innovation in the creation and maintenance of the Grand Canal has led it to be a protected UNESCO site:

The Grand Canal bears witness to the unique cultural tradition of canal management via the Caoyun system, its genesis, its flourishing, and its adaptations to the various dynasties and their successive capitals, and then its disappearance in the 20th century. It consisted of an imperial monopoly of the transport and storage of grain, salt, and iron, and a taxation system. It contributed to the fundamental link between the peasant economy, the imperial court, and the supply of food to the population and troops.

Some of the Grand Canal’s most famous travelers include Marco Polo in the 1200s along with several other famous travelers and explorers. There is currently work underway to continue expanding access to the canal from surrounding cities and those towns along smaller, connected rivers.